As a matter of great pride and achievement, Alisha Laroia of class 9 has made everyone proud by securing an online eight-week part-time internship with a 2500Cr. company Taurus Europe with its headquarters in Amsterdam. The company founded in 2005 became a conglomerate of value-added IT distribution and systems, with its offices in Belgium and Germany also.

Alisha has an intelligent and focused personality and has won the Excellence in Academics award for the last four consecutive years. She has also done a course in coding and is also a game developer. She has a passion for golf and dancing. Born in Singapore but brought up in India she has a global tint in her personality which just does not let her stop rather keeps her going. The School Management wishes her a bright and shining future. 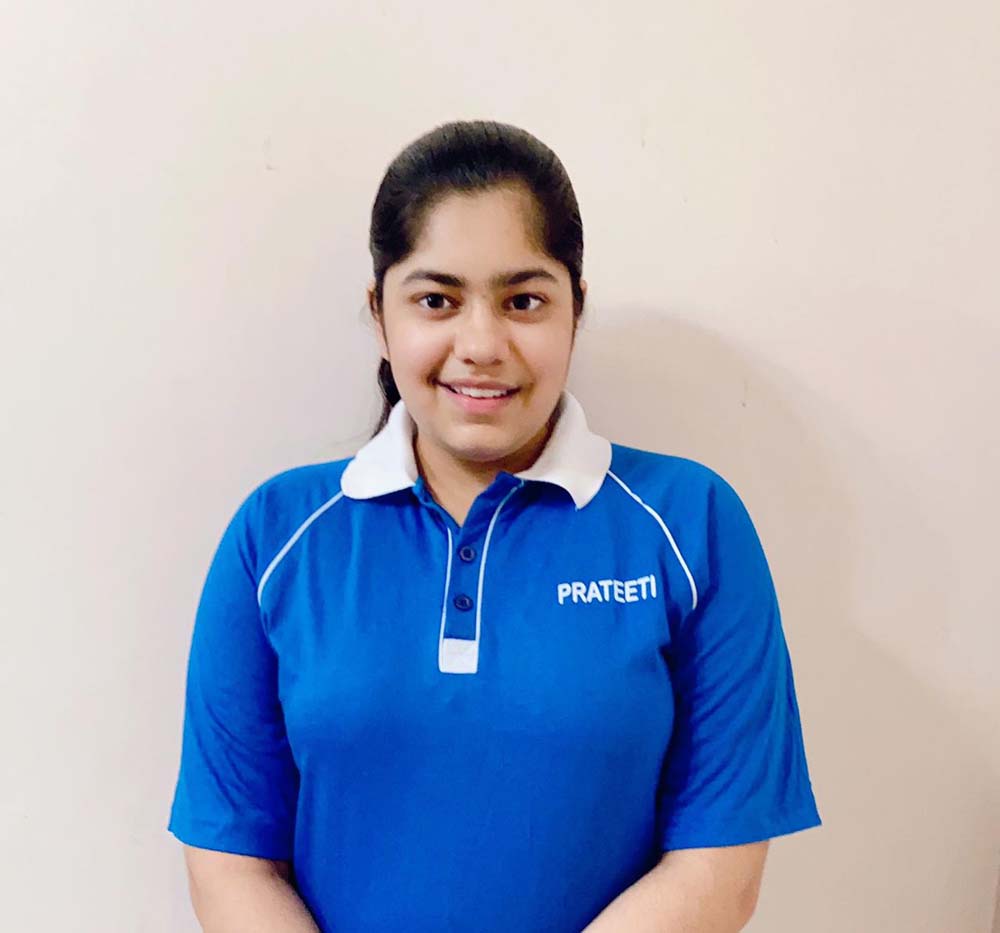 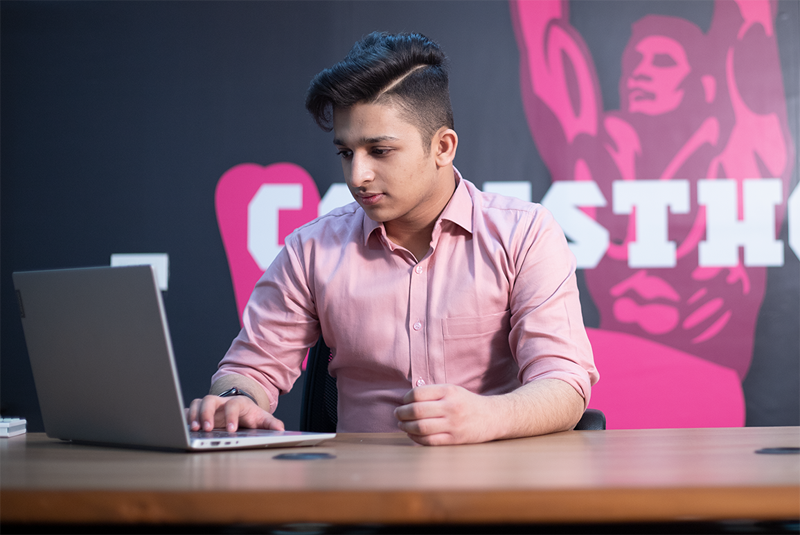 Lakshay Jain, a student of Class XII (Sciences) of Gurukul Global School has reached the pinnacle of success and achieved great heights at the age of seventeen. He is perhaps India’s youngest... 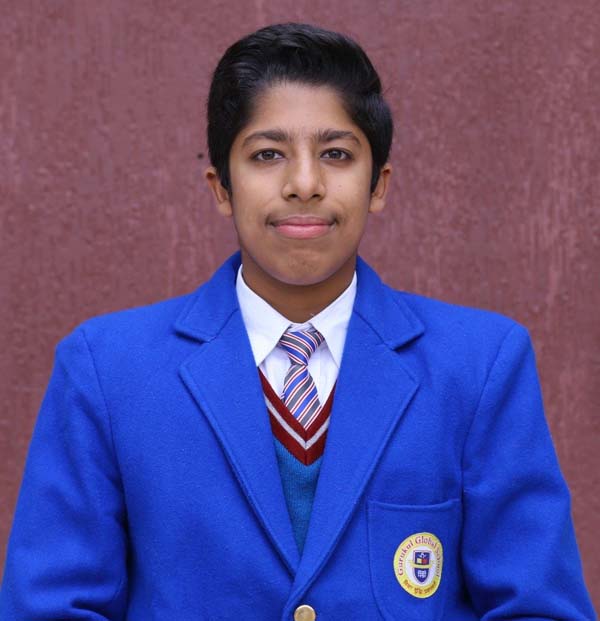 Aryan Laroia did not just excel in academics with 99.8% marks in class X CBSE Exam with perfect scores in Mathematics, Social Science, Science and Information Technology. He is an all-rounder who h... 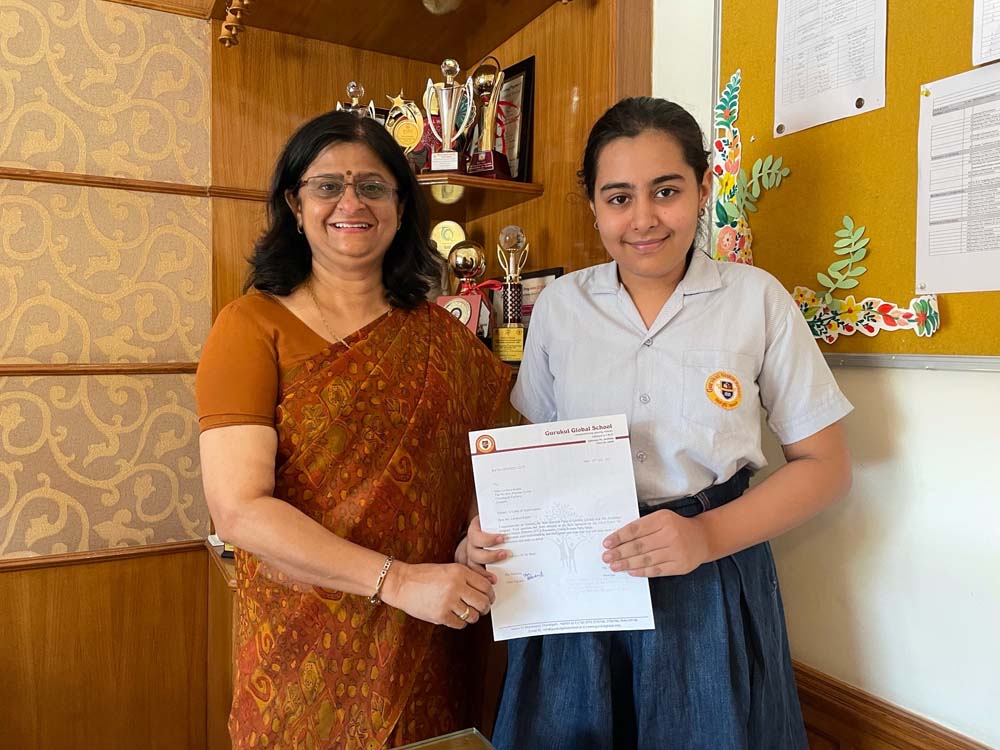 31 JulLavanya Kaura Of Class 9B Wins 'The Best Ques...

Congratulation to Lavanya for asking the question on 'HOW IS CYBERBULLYING DIFFERENT FROM TRADITIONAL BULLYING?' The question was put across to Mr. Andreu Ibanez during the first-ever event... 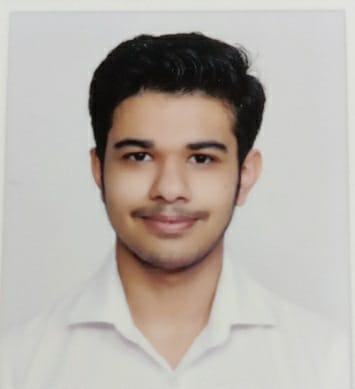 Uday Singla of XII Non- Medical of Gurukul Global School, Chandigarh has been a brilliant child throughout and has once again brought laurels to his school. From attending CISV camp in Germany to s... 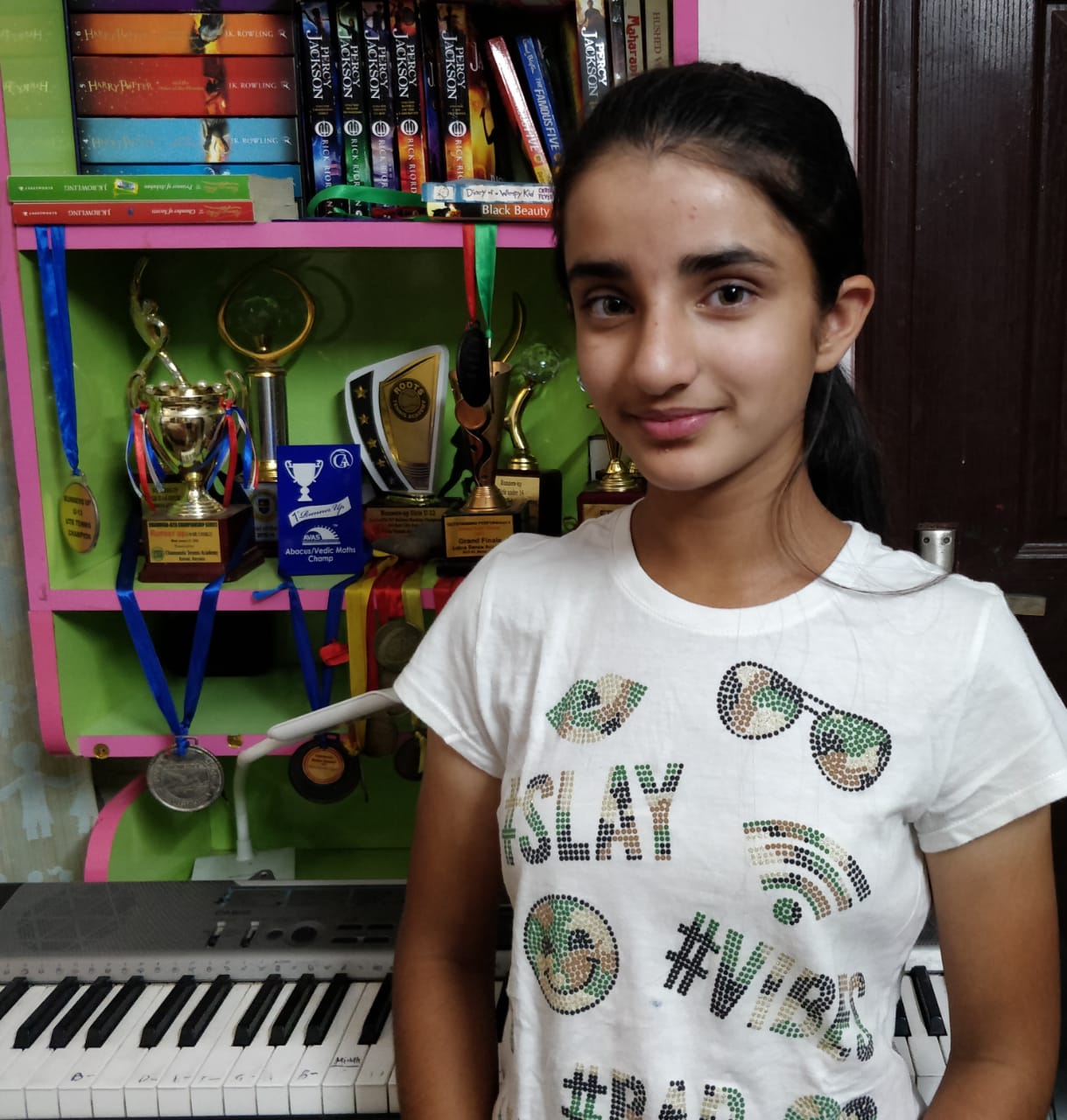 This is a story of resilience during the pandemic. Akshdha Sharma- a Grade 8 student at Gurukul Global School- has always been a keen music enthusiast. She had been learning t... 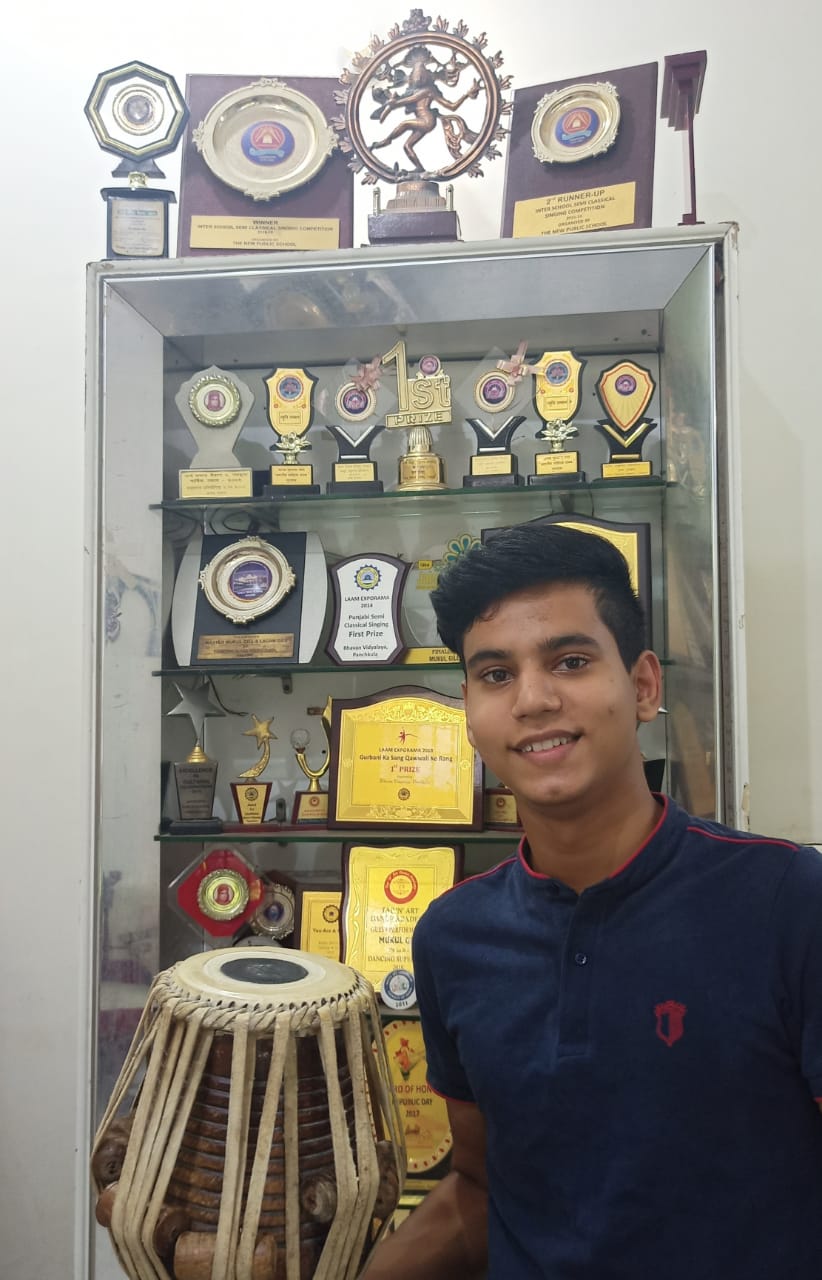 Lagan Gill  of XII Humanities made  the School proud when he won the second prize in National level Online Music Competition organized by Kamla Nehru College,Phagwara. He got the awa... 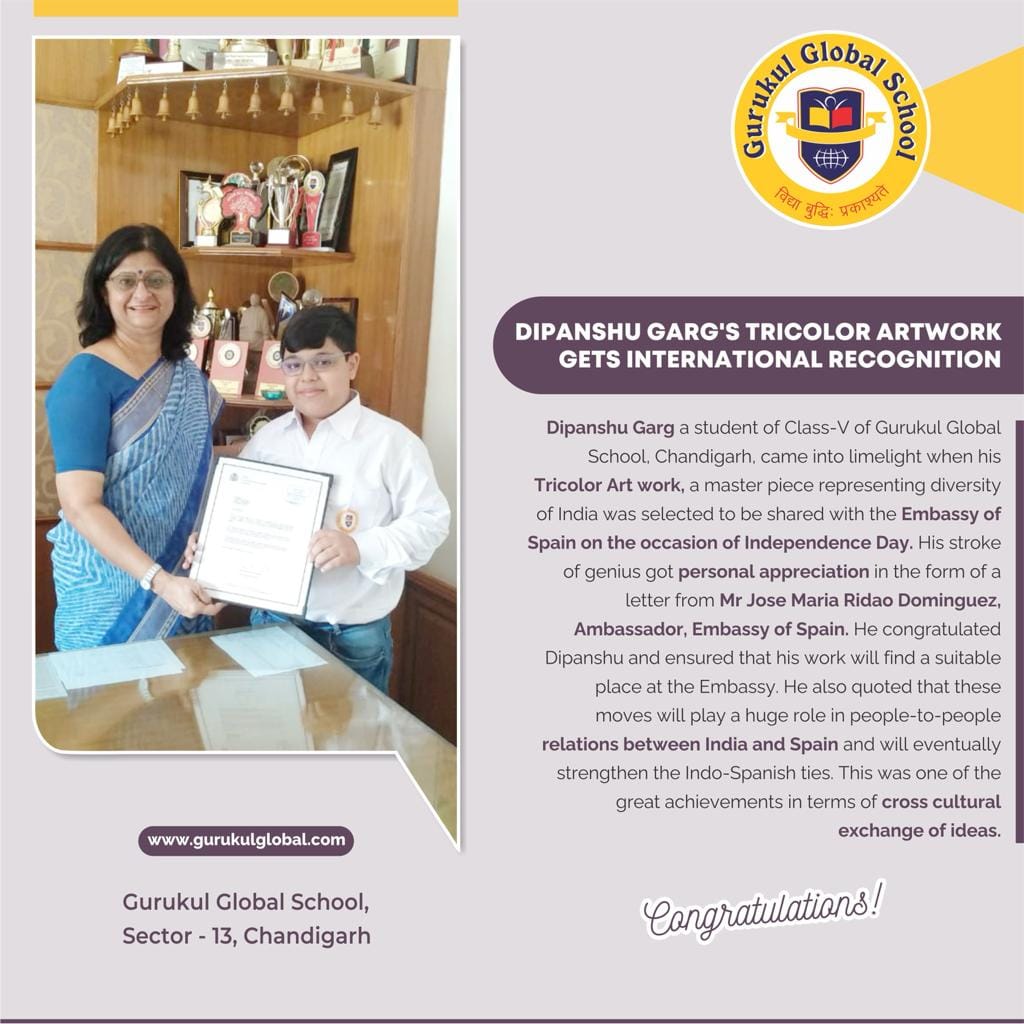 Dipanshu Garg a student of class V came into limelight when his Tricolor Art work, a master piece representing diversity of India was selected to be shared with the Embassy of Spain on the occasion...